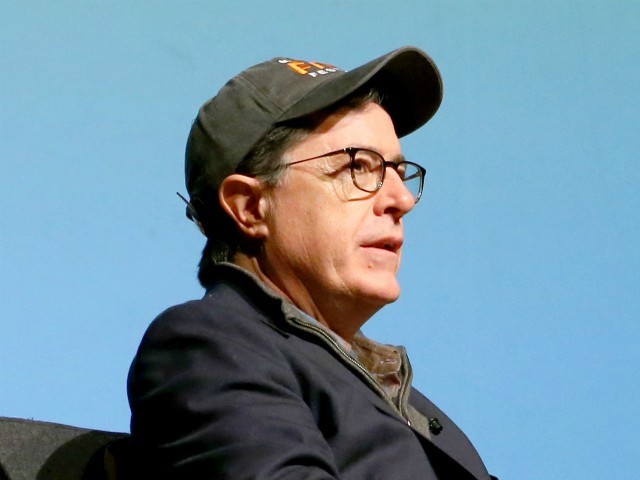 CBS late-night host Stephen Colbert ripped into President Donald Trump in a new interview, calling him a “delicious idiot” and saying that what he’s doing to American families is “horrible.”

“It was a different time when (Leno) was hosting. Now there’s one subject, so people can see your politics more, but I’m fine with that,” Stephen Colbert said during an appearance at Paleyfest, according to Variety.

Colbert was seemingly responding to host Jay Leno’s recent comments about the state of late-night comedy.

“You know, everything now is, if people don’t like your politics, they–everyone has to know your politics,” Leno said on the Today show.

“When people see you as one-sided, it just makes it tough,” Leno added.

“You know why you’re not supposed to use that word? Because it’s the second half of ‘white nationalist,’” he said in response to Trump calling himself a “nationalist.”

“Chopping off the first word doesn’t change what it means in our minds! Oh look, I’m a Klux Klan. I have no idea which one! Don’t judge me! There are all kinds of Klux Klans!”

'Luxury Beliefs' Are the Latest Status Symbol for the Rich
August 22, 2019

Democrats Kiss the Ring Of Al Sharpton
April 9, 2019
Battle for GOP Starts in Georgia
December 4, 2019
Made in the USA or Made in China? The Glaring Problem with Biden’s Infrastructure Bill
August 3, 2021
VIDEO: Suspected Human Smuggler Escapes to Mexico During Police Chase
March 6, 2019
Israel Allows Rashida Tlaib to Visit Her Palestinian Family
August 16, 2019

The Idiotic Attack on Chelsea Clinton

Yesterday, Chelsea Clinton attended a vigil at NYU for those killed in the massacre at a mosque in New Zealand. NYU turned out not to be a 'safe space' for Ms. Clinton, who is pregnant. Muslim students berated Clinton, blaming her for the killings. Their theory? They cited a statement