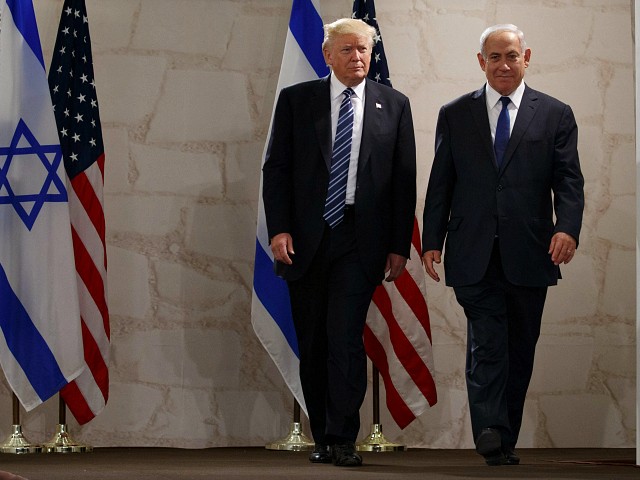 The United States has referred to the Golan Heights as “Israeli-controlled” in the State Department’s annual global human rights report, marking a distinct shift in tone from having previously labeled the area as “occupied.”

Israel captured the Golan Heights from Syria during the 1967 Six-Day War and imposed Israeli law on the territory in 1981, effectively annexing the area.

“Authorities subjected non-Israeli citizens in Jerusalem and the Israeli-controlled Golan Heights to the same laws as Israeli citizens,” this year’s report reads. “Palestinian residents of the West Bank and Gaza detained on security grounds fell under military jurisdiction as applied by Israel to Palestinians in the West Bank and Gaza, even if detained inside Israel.”

In last year’s report, the Golan Heights was referred to as “Israeli-occupied.”

“Authorities prosecuted Palestinian non-citizens held in Israel under Israeli military law, a practice Israel has applied since the 1967 occupation,” the previous report read.

The U.S. and international bodies have never recognized the territory as Israeli, instead referring to it as occupied by Israel.

Reacting to the report, Nabil Abu Rudeineh, a spokesperson for Palestinian President Mahmoud Abbas, said new “U.S. labels” for Palestinian lands “will not change the fact that this is occupied territory, in accordance with U.N. resolutions and international law.”

Despite the change in language, a U.S. official denied that the Trump administration had changed its policy of recognizing Israeli sovereignty over the area.

“Our policy on Golan has not changed,” a spokesperson for the U.S. embassy in Jerusalem said in a statement.

Share This Post
Like it? Vote it up!
00
Previous ArticleParliament Rejects Leaving EU Without Deal, Will Vote to Extend DeadlineNext ArticleBeto O’Rourke to El Paso TV Station: ‘I’m Running’ for President
You May Also Like
Priebus: Dems Handing 2020 Over to Trump 'on a Silver Platter'
April 8, 2019
Why Democrats Freaked Out When Barr Told the Truth
April 15, 2019
8K Migrants Held in Single Texas Border Sector, Say Feds
May 20, 2019
Trump’s Sanctuary Cities Plan Isn’t a Punishment
April 12, 2019
Data: Average of 124K Anchor Babies Born in U.S. This Year So Far
June 7, 2019

Impeachment Becomes a Psychodrama of the Press
October 18, 2019

Failed Senate candidate Robert Francis “Beto” O’Rourke has confirmed he will seek the 2020 Democratic presidential nomination, according to a local El Paso TV station. “I’m really proud of what El Paso did and what El Paso represents,” O’Rourke said in a text message to KTSM, the local NBC affiliate Wednesday. “It’s

May to Parliament: “The legal default in UK and EU law remains that the UK will leave the EU without a deal unless something else is agreed.” Okay, let’s see if I can keep this straight because Brexit has become a circus. On Tuesday, the Members of Parliament (MP) voted against British