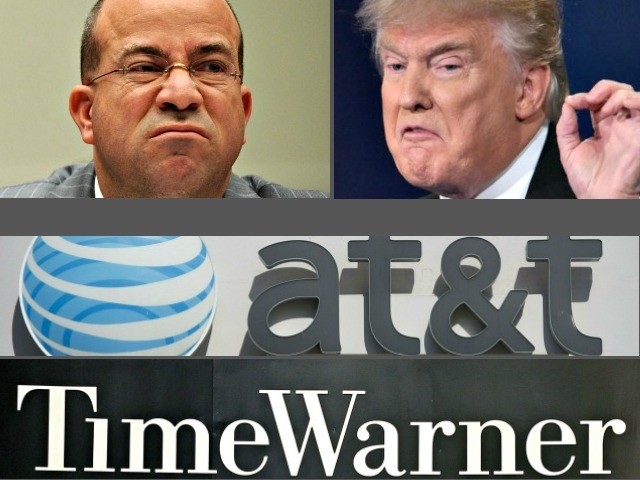 Last year, the department’s Antitrust Division appealed a decision to allow AT&T’s $85.4 billion acquisition of Time Warner to go through, a challenge which was recently dismissed by a federal judge.

“It came from the president,” Zucker, without citing any evidence, said when asked his thoughts about the appeal, reported Deadline.  “There was absolutely no basis to be doing what they were doing and clearly there was a political agenda at work.”

“Do I think that there was political motivation to stop the merger between AT&T and Time Warner? I do,” added the news executive, per the Daily Beast.

Zucker’s remarks follow a story by the New Yorker’s Jane Mayer in which she reported then-top White House economic advisor Gary Cohn demanded White House Chief of Staff John Kelly to ignore President Donald Trump’s request to order the Justice Department to stop the monster media deal. “I’ve been telling Cohn to get this lawsuit filed and nothing’s happened! I’ve mentioned it fifty times. And nothing’s happened. I want to make sure it’s filed. I want that deal blocked!” President Trump purportedly shouted at Cohn and Kelly in the Oval Office. According to Mayer, immediately after the meeting, Cohn ordered, Kelly “Don’t you fucking dare call the Justice Department. We are not going to do business that way.”

However, as Breitbart News’s John Carney reported, Mayer’s story on the president’s alleged actions to kill the merger is at odds with the accounts of top federal law enforcement officials:

Justice Department officials, including the head of its antitrust division, have repeatedly denied that the President’s opposition to the merger had any influence on their decision to sue AT&T in an attempt to block that merger. Mayer’s story supports those denials because it shows White House officials colluding not to carry out the orders of the president to attempt to encourage the Justice Department to block the deal.

In October 2016, then-candidate Trump vowed to kill the agreement “because it’s too much concentration of power in the hands of too few.”

Meanwhile, House Democrats this week requested documents from the White House and Justice Department regarding the AT&T-Time Warner merger in response to Mayer’s report. “Antitrust enforcement must be guided by the rule of law, not wielded as a political weapon to reward friends and punish enemies,” House Judiciary Committee chairman Jerry Nadler (D-NY) and Rep. David Cicilline (D-RI) wrote to administration officials. “Moreover, any effort to use the antitrust laws to censor, undermine, or retaliate against the press is a threat to the First Amendment and a vibrant democracy.”

President Donald Trump on Saturday referred to prominent conservative author Ann Coulter as a “Wacky Nut Job” following months of criticism she has directed at him regarding the lack of progress building a U.S.-Mexico border wall. Source link