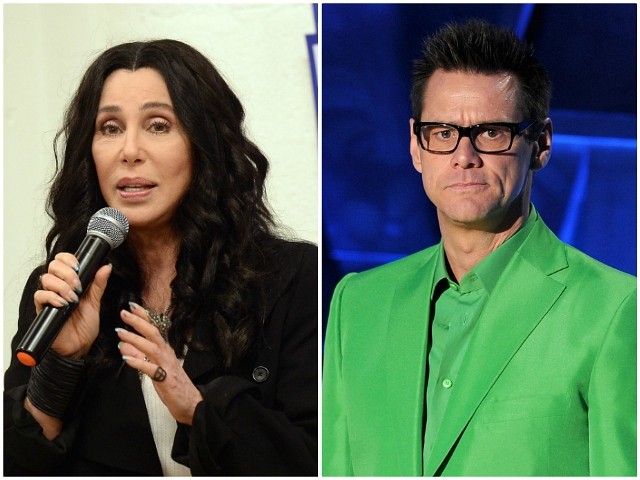 “I WILL Watch When MUELLER Makes Him Grovel In Dirt Of [rose] Garden,” wrote Cher in a bizarre January tweet. “When He Is Proven 2 Be PAWN Of PUTIN, When GOP Are Shown 2 Be ass Kissing Castrati They Are, When Ppl See Pence 4 Who He Is. A Pitch Man 4 Big TOBACCO, & dark force.”

Didn’t Watch trump’s Bullshit
Political Propaganda.I WILL Watch When MUELLER
Makes Him Grovel In Dirt Of 🌹Garden,When He Is Proven 2 Be PAWN Of PUTIN,When GOP Are Shown 2 Be ass Kissing Castrati They Are,When Ppl See Pence 4 Who He Is. A Pitch Man 4 Big TOBACCOὋ,& dark force pic.twitter.com/OUPtrXduPt

“Dear Mr. Mueller,” tweeted Jim Carrey, “Be my secret Santa. You know what I want for Christmas.”

Dear Mr. Mueller: Be my secret Santa. You know what I want for Christmas. pic.twitter.com/ipzWVTuRdW

Check out a few of the celebrities who fantasized about President Trump being indicted by Robert Mueller.

It is now crystal clear that the Trump campaign conspired with Russia in the attack on our Democracy. At this point the only way Trump can avoid the consequences of his crimes is to invoke the Moron Defense. “I was too stupid to obstruct or conspire.” VOTE!!!

Trump just ousted Jeff Sessions while Mueller is about to indict Trump Jr.

Get ready. He’s going to try and derail the investigation.

This is one of many reasons it’s so important we won back the House. But we need to back them up by remaining vigilant and vocal.

🎼 They call him Flipper, Flipper- No one, you see, flips faster than he…
🎵 And we know Flipper, lives in a dark world of blunder,
🎶 Lying there under, Mueller you see! #RageTweetExpectedFromWHin321 😆 https://t.co/1Ct9dy9nMq

Press “send”, Robert Mueller. Do it.

The Intercept editor Glenn Greenwald noted that the fact remains that “not one single American was charged, indicted or convicted for conspiring with Russia” to influences the 2016 presidential election.

The Mueller investigation is complete and this is a simple fact that will never go away: not one single American was charged, indicted or convicted for conspiring with Russia to influence the 2016 election – not even a low-level volunteer. The number is zero.

“Not even a low-level volunteer,” added Greenwald, “The number is zero.”

What’s next for #TheResistance now that Robert Mueller has delivered his report? How soon before Hollywood celebrities turn on the now former Special Counsel and begin fantasizing about indicting him, instead? They can join Rep. Adam Schiff (D-CA), who’s already talking about subpoenaing Mueller.

Nancy is key to open borders but not to the safety of America.......

The Core Of The Problem