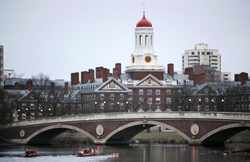 Intolerance of the other political party has become a hallmark of civic life in the United States. But speculation ranges widely about the causes and cures.

The left blames President Trump and those who voted for him. The right points the finger at a hostile media and arrogant political elites. Both sides exculpate themselves.

In an online article at The Atlantic, Amanda Ripley, Rekha Tenjarla, and Angela Y. He review some of the research, which shows partisan prejudice in the country afflicts both sides and is on the rise. “For example, parents are less likely to vaccinate their children when the other party’s president is in the White House,” the authors report. And “[r]egardless of who is in power, mutual-fund managers are more likely to invest in funds handled by fellow partisans, a bias that does not lead to better returns.”

Worse than the damage partisan prejudice inflicts on health care and prosperity is its transformation of political opponents into enemies of the state: Americans “are more and more convinced that the other side poses a threat to the country.”

But, as the authors assert in “The Geography of Partisan Prejudice,” intolerance of political differences is not evenly distributed throughout the nation. A PredictWise poll commissioned by The Atlantic produced results — based, it should be said, on a combination of data and aggressive extrapolation — that Ripley, Tenjarla, and He found “surprising in several ways.” The core finding, contrary to their expectations, was that “the most politically intolerant Americans” lived in neighborhoods that tended to be home to a higher proportion of whites and people who were “more highly educated, older, more urban, and more partisan themselves.” Drawing also on the research of University of Pennsylvania professor Diana Mutz, the authors explain that “white, highly educated people are relatively isolated from political diversity. They don’t routinely talk with people who disagree with them; this isolation makes it easier for them to caricature their ideological opponents.”

The authors are confident that they have discovered a correlation: “Older Americans and people living in or near sizable cities, from Dallas, Texas, to Seattle, Washington State, seem to be more likely to stereotype and disdain people who disagree with them politically.” But Ripley, Tenjarla, and He lament that, based on the social science research, they can’t determine “what is causing what.”

Perhaps the scientific evidence has not yet been comprehensively gathered and thoroughly sifted and analyzed. However, in a parenthetical remark grounded in Mutz’s research, the authors themselves provide a potent hint about causes: “people who went to graduate school have the least amount of political disagreement in their lives.” Although the Atlantic writers overlook the hypothesis, there is good reason to suppose that an important contributing factor to the partisan prejudice disproportionately afflicting denizens of major metropolitan areas is the stifling climate of opinion fostered by, and the politicized education on offer at, America’s top colleges and universities.

According to the interactive map of the distribution of partisan prejudice across the country that accompanies the authors’ article, Middlesex County in Massachusetts occupies the 100th percentile. That “means that 0 out of every 100 counties are more prejudiced against the political ‘other.’” Middlesex County is home to Harvard University.

Out leading colleges and universities are not only situated in places that are overwhelmingly “more prejudiced against the political ‘other.’” They also duplicate within their academic communities the conditions that foster partisan prejudice.

Living in “politically homogeneous” neighborhoods generates partisan prejudice because it thwarts the formation of “‘cross-cutting relationships,’” according to the Atlantic authors. “[D]ecades of research into how prejudice operates” shows that “humans are more likely to discriminate against groups of people with whom they do not have regular, positive interactions.” Furthermore, “in America, people who live in cities (particularly affluent, older white people) can more easily construct work and home lives with people who agree with them politically. They may be cosmopolitan in some ways and provincial in others.” And “[a]s politics have become more about identity than policy, partisan leanings have become more about how we grew up and where we feel like we belong. Politics are acting more like religion, in other words.”

What is true of the affluent and politically homogenous counties in the United States where partisan prejudice grows most profusely is even more true of the preeminent colleges and universities located inside them. For decades our top institutions of higher education have constructed a curriculum that systematically downplays or excludes non-progressive perspectives and have assembled a faculty, particularly in the social sciences and humanities, strikingly devoid of conservative scholars. Our campuses are provincial in their monochromatic cosmopolitanism. And they have taken the lead in promulgating the notion that opinions and ideas are a function of identity, and therefore to disagree with a person’s views is to attack his or her humanity.

Third-year Yale Law School student Aaron Haviland provides corroborating evidence for the hypothesis that higher education is a major cause of the partisan prejudice that flourishes among more highly educated Americans. In “I Thought I Could be a Christian and Constitutionalist at Yale Law School. I Was Wrong,” he describes widespread and hair-trigger intolerance among his classmates, the preponderance of whom are high-performing graduates of America’s most prestigious colleges and universities.

Some protesters announced that those who favored ADF’s views — broad protection for free speech and for religion, including Christianity — should be denied admission to the law school. Many opponents — not merely of ADF’s views but of allowing members of the organization to express their opinions at the law school — adopted vicious rhetoric and engaged in cyberbullying.

Haviland recounts that he knew before he matriculated that he “would be in the intellectual minority” at Yale Law School. But he had hoped that he “could reasonably disagree with and learn from” his fellow students: “A lot of smart people come to this school, I thought to myself. Although we held different political beliefs, we probably shared a common passion for the rule of law.”

Three years down the road and as he prepares to graduate in a few months, he has come to a grim conclusion: “I was wrong. And now I am deeply disappointed.”

Our colleges and universities fuel the partisan prejudice that pervades the country and which is especially concentrated in their neighborhoods and those in which their graduates tend to settle. For the sake of education and civil discourse, professors and administrators would do well to take to heart an observation with which Ripley, Tenjarla, and He close their Atlantic article: “By cultivating meaningful relationships across divides, by rewarding humility and curiosity over indignation and righteousness, people can live wiser, fuller lives.”

Peter Berkowitz is the Tad and Dianne Taube senior fellow at the Hoover Institution, Stanford University. His writings are posted at PeterBerkowitz.com and he can be followed on Twitter @BerkowitzPeter. He is also a member of the State Department’s Policy Planning Staff. The views expressed are his own and do not necessarily reflect those of the United States government.

Share This Post
Like it? Vote it up!
00
Previous ArticleFear Not, She Has A Plan…Next ArticlePolice: Illegal Alien Killed Four Americans to Steal Money for Meth
You May Also Like
Students busted in $900,000 iPhone fraud
April 7, 2019
Coulter: Media Pot Reporting–Just Don’t Call Us Uncool!
April 3, 2019
Marine Colonel Who Retired in Disgrace Faces New Felony Charges
November 27, 2017
Did this 1 resource spark World War I?
April 6, 2019
Global Warming or Bad Data? Garbage in…
September 4, 2019

An illegal alien charged with murdering four Americans over the course of a week in Nevada did so in order to steal money to buy methamphetamine, a police detective alleges. Source link