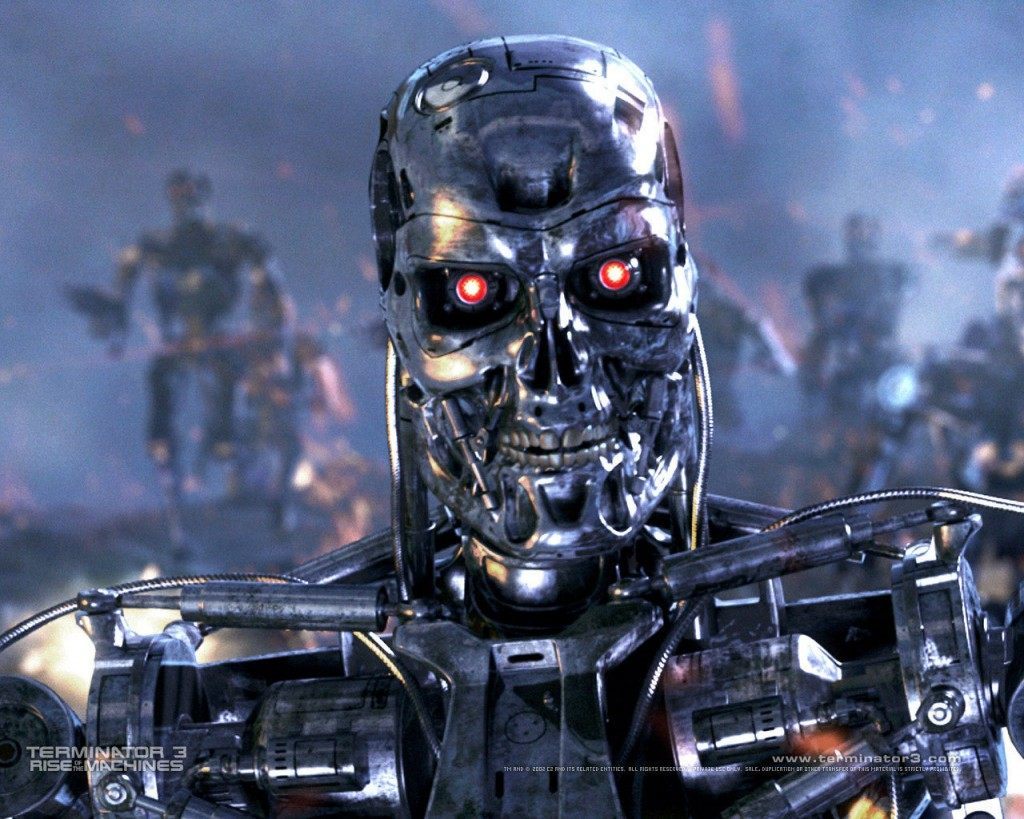 WASHINGTON, DC — Artificial intelligence (AI) fielded by the United States military is “light years away” from “fully autonomous weapons,” but the U.S. Department of Defense (DOD) needs to start thinking about the policy implications of a potential Skynet scenario, a top U.S. general told lawmakers on Tuesday.

Skynet refers to the AI network that seeks to exterminate mankind in the Terminator films.

Lt. Gen. John “Jack” N.T. Shanahan, the director of the Pentagon’s Joint Artificial Intelligence Center, testified about the military’s AI efforts during a hearing held by the Senate Armed Services Subcommittee on Emerging Threats and Capabilities.

Dr. Peter Highnam, the deputy director of DOD’s Defense Advanced Research Projects Agency (DARPA) who testified alongside the general, declared in his written testimony that the Pentagon “will be fearless” in exploring the incorporation of artificial intelligence in “military systems that collaborate with warfighters.”

He also said that the Pentagon “will be fearless” in seeking to experiment with “AI technologies that bring forth machines that can reason in context” and “acquire common sense.”

Asked about the ethical concerns about the military’s use of AI, Lt. Gen. Shanahan testified:

We are thinking about this from the very beginning. Based on my work on Project Maven, I can tell you the algorithm that we fielded are light years away from Skynet and fully autonomous weapons systems, but we know we have to start thinking about the policy implications of that.

I will tell you it’s something we take extremely seriously. We will go at this as we’ve done with other technologies during very rigorous and disciplined test and valuation, validation, and verification process. We haven’t fielded an algorithm in Project Maven without having gone through that rigorous and disciplined process … if we start talking about full autonomous systems that level of rigor and discipline will only continue to increase.

Project Maven refers to the Pentagon’s efforts to integrate AI capabilities to “augment, accelerate, and automate collection from a variety of manned and unmanned intelligence platforms and sensors,” the general noted in his written testimony.

The general indicated he is “most concerned” about artificial intelligence algorithms failing to perform an essential task that may cause military systems to malfunction.

“Fully autonomous weapons systems with artificial in general intelligence is what people seem to think is the worst case [scenario],” Gen. Shanahan testified, referring to AI with human-like cognitive abilities like Skynet.

“I think of [weapons with] artificial narrow intelligence [as the worst-case scenario],” he added, referring to AI that only handles one task like Google Translate.

He went on to note that DOD policy governs the military’s potential use of autonomous weapons system.

The Pentagon’s Joint Artificial Intelligence Center is “partnered with the defense innovation board, which has a year-long project underway about AI principles for defense during open hearings being able to hear from anybody that wants to come in and talk about their concerns about the ethical safe and lawful use of Artificial Intelligence in DOD,” he said.

Acknowledging that “AI will change the character of warfare,” Gen. Shanahan testified:

Other nations, particularly strategic competitors such as China and Russia, are making significant investments in AI for military purposes. These investments threaten to erode our technological and operational advantages and destabilize the free and open international order. The Department of Defense, together with our allies and partners, must adopt AI to maintain its strategic position, prevail on future battlefields, and safeguard this order.

AI will potentially transform how the whole Pentagon operates, the general noted, adding:

By harnessing the power of AI in defense, we will better support and protect American service members, safeguard our citizens, defend our allies, and improve the effectiveness, affordability, and speed of our operations. … AI will enhance operational effectiveness, improve readiness, and increase efficiency in the general business practices of the Department.

In February, China’s state-run Global Times warned that Trump’s executive order instructing the American government to prioritize the development of artificial intelligence could trigger a “new high-technology Cold War” between Washington and Beijing.

Trump Calls Off Talks After Pelosi Accuses Him of Cover-Up
May 22, 2019

Homelessness Is Not a Crime
May 14, 2019
A Bad Idea For Ohio And A Terrible Idea For America
April 4, 2019
Tucker Carlson's Sin? Voicing Inconvenient Truths
August 9, 2019

First Stack The Deck With Candidates Then Control The Dialog

Tuesday on MSNBC’s “Hardball,” former Massachusetts Governor Bill Weld who has launched an exploratory committee to potentially primary President Donald Trump for the Republican nomination in 2020, compared the president to infamous Roman emperors Nero and Caligula. Weld said, “All his instincts are against the interest of the United States. It’s amazing