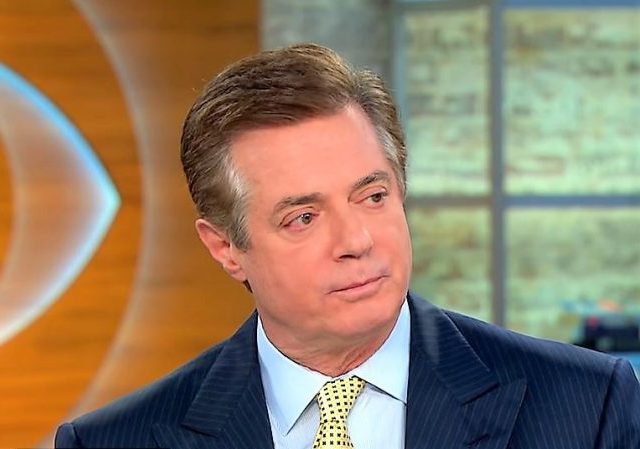 US District Judge T.S. Ellis sentenced Manafort to 47 months. That means Manafort will spend 90 months in prison for a total of 7.5 years, “minus nine months credit for time served.”

The new state charges against Mr. Manafort are contained in a 16-count indictment that alleges a yearlong scheme in which he falsified business records to obtain millions of dollars in loans, Mr. Vance said in a news release after the federal sentencing.

“No one is beyond the law in New York,” he said, adding that the investigation by the prosecutors in his office had “yielded serious criminal charges for which the defendant has not been held accountable.”

The indictment grew out of an investigation that began in 2017, when the Manhattan prosecutors began examining loans Mr. Manafort received from two banks.

Last week, a grand jury hearing evidence in the case voted to charge Mr. Manafort with residential mortgage fraud, conspiracy, falsifying business records and other charges. A lawyer for Mr. Manafort could not immediately be reached for comment.

So here’s the breakdown:

Paul Manafort’s full sentence is seven and a half years between the two courts. It appears he will get credit for time served and for good behavior, which will likely shorten that sentence.

Here’s how it breaks down:

Back in September, “Manafort pleaded guilty to two counts of conspiracy, but violated his cooperation agreement with special counsel Robert Mueller by lying to investigators.”

Jackson warned Manafort at the beginning of the hearing “that his repeated lies to federal investigators – after he promised to cooperate with them – would be relevant to how much time he should serve in prison.”

She reminded the court that the hearing “will not incriminate anyone” in Mueller’s continuing investigation into supposed collusion between Russia and Trump.

Unlike the Virginia trial, Manafort’s D.C. case — which resulted in more than 500 court filings and a final sentencing memo that totaled more than 800 pages — revealed several key insights about Mueller’s investigation into the Trump’s campaign ties to Russia.

Manafort tried to appeal to Jackson for leniency:

“I want to say to you now, I am sorry for what I have done and for all of the activities that have gotten us here today,” Manafort told Judge Amy Berman Jackson, according to reports.

He said he has a “new self-awareness” after spending nine months in solitary confinement for witness tampering.

“Let me be very clear. I accept responsibility for the actions that led me to be here today, and I want to apologize for all I contributed to the impacts on people and institutions. While I cannot change the past, I can work to change the future,” Manafort said.

Jackson did not have any of it. She told Manafort that him apologizing because “I got caught is not an inspiring plea for leniency.” USA Today has more:

“It is hard to overstate the number of lies and the amount of fraud and the extraordinary amount of money involved,” Jackson said. And she blasted him for concealing his activities from the government and for lying to federal investigators after promising to cooperate with them.

“If people don’t have the facts, democracy can’t work,” she said.

Jackson also lashed out at the fact that Manafort’s lawyers mentioned that his conviction had nothing to do with Russian collusion. She described this as “simply a non-sequitur” and that Manafort’s “insistence” that none of this should “have happened to him ‘is just one more thing that’s inconsistent with the notion of any genuine acceptance of responsibility.’”

On Wednesday’s broadcast of MSNBC’s “Andrea Mitchell Reports,” Senator Richard Blumenthal (D-CT) stated that “Paul Manafort caught a break” in the overall sentence he received. Blumenthal further stated that Judge Amy Berman Jackson didn’t commit a “miscarriage of justice” like Judge T.S. Ellis did, but Jackson could have been harder

Olivia Jade, daughter of actress Lori Loughlin and one of the students at the center of America's largest college admissions scam, once bragged about not wanting to attend class on her popular YouTube channel. Source link