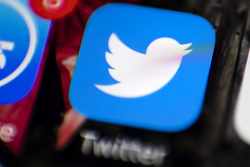 Podcasters Joe Rogan and Tim Pool debate Twitter founder Jack Dorsey and Vijaya Gadde, the company’s global lead for legal, policy, and trust and safety, on how the social media platform handles people who do not believe in trans people or acknowledging people with their chosen pronoun, an act deemed misgendering.

Gadde said the company holds this policy because of the large number of trans people who commit suicide and only people who target specific person are suspended or banned. Rogan and Pool said Twitter has taken a side and only defends one side of the ideology, those who believe in acknowledging trans people, and not the opposite view. Rogan said people are expressing a “scientifically accurate” view and called it an ideologically-based rule and that trans people are now a “protected class” on Twitter.

The Twitter executives were grilled on why specific people were banned for “misgendering” individuals on the platform.

“You have a specific rule for one set of people and there — so there are people who have general body dysphoria,” Pool said. “You don’t have rules on that. There are people who have actually amputated their own arms. You don’t have rules on that. You have a very specific rules-set and more importantly, in the context of a targeted conversation I can say a whole bunch of things that could never be considered a rule-break but that one is which is ideologically driven.”

“Our intent is not to police ideology. Our intent is to police behaviors that we view as abusive and harassment and I hear your point of view and I’ll definitely discuss with our team,” Gadde responded.

“It is an ideology,” Rogan said. “If she is saying a man is never a woman, if that is what she’s saying, and then biologically she’s correct we obviously have a debate here. This is not a clear cut [issue]. This is not something you can say water is wet, this is dry. This is not something that you can prove. This is something that you have to acknowledge that there is an understanding that someone who is a trans person we all agree to consider them a woman and to think of them as a woman, to talk to them, to address them with their preferred names and preferred pronouns. But biologically this is not accurate. We have a divide here. We have a divide with the conservative estimation of what’s happening and then the definition that’s the liberal definition of it.”

“I think that’s right Joe,” Gadde said. “And I think what I’m trying to say is that it’s not that you can’t have those viewpoints. If you’re taking those viewpoints and you’re targeting at a specific person in a way that reflects your intent to abuse and harass them.”

Rogan said he disagreed with the rule because people are expressing what is biologically accurate. The specific case they were talking about is Meghan Murphy, a self-described feminist, who was banned for misgendering.

“I understand why people would not agree with the rule,” Gadde responded. “But that being said, it is a rule on our platform and once you are warned about the rule to repeatedly post the same content is also going to be a violation of our rules.”

“This seems like a good example of an ideologically based rule,” Rogan said. “If she is saying that a man is never a woman, though, that is not in that context harassment. That is a very specific opinion that she has that happens to be biologically accurate.”

“That doesn’t make any sense to me. That seems like she should be allowed to express herself,” Rogan said of Murphy. “This is not being mean. She’s not being mean by saying a man is never a woman. This is a perspective that is scientifically accurate. That’s part of the problem.”

Rogan and Gadde debate protected classes of people on Twitter and then white people:

ROGAN: It’s a really important thing to go over all the nuances of this particular subject because I think that one in particular highlights this idea of where the problems lie in having a protected class.

GADDE: We have a lot of protected classes. Gender, race, nationality.

ROGAN: But it’s not for white people. When you say gender or race.

GADDE: It protects all protected categories. So you can’t attack someone for their belonging to a particular race or a particular religion.

ROGAN: But you can mock white people ad nauseum and it’s not a problem?

What is racism? Is racism only — this is this progressive perspective of racism that it’s only possible if you’re from a more powerful class, someone punching down, that’s the only racism. I don’t think that makes any sense. I think racism is looking at someone that is from whatever race and deciding that they are in fact less or less worthy or less valuable, whatever it is. That takes place across the platform against white people. I’m not saying that white people need to be protected. I know it’s easier being a white person in America. It’s a fact. But it’s hypocritical to have a policy that only distinguishes you can make fun of white people all day long but if you decide to make fun of Asian folks or fill-in-the-blank, that is racist but making fun of white people isn’t and it doesn’t get removed. There are tons of – what about Sarah Jeong from ‘The New York Times?’

Later the Twitter execs were asked why Antifa is allowed on Twitter while the alt-right group ‘Proud Boys’ are not:

Jack Dorsey is a computer programmer and Internet entrepreneur who is co-founder and CEO of Twitter, and founder and CEO of Square, a mobile payments company. Vijaya Gadde serves as the global lead for legal, policy, and trust and safety at Twitter. Tim Pool is an independent journalist.

With May Leaving, The Hard Part Of Brexit Begins
May 26, 2019
Dems Keep Taking Black Voters for Granted – At Their Peril
May 12, 2019
Feds 'Actively Working' on Crackdown on Welfare-Dependent Immigration
June 17, 2019
Exclusive — Burgess Owens on Reparations: ‘Every Bad Thing That’s Happened to My Race Over the Years’ Goes ‘Right Back to the Democratic Party’
June 20, 2019
Marine Colonel Who Retired in Disgrace Faces New Felony Charges
November 27, 2017

House Judiciary Committee Chairman Jerrold Nadler said Congress can impeach PresidentTrump for matters that are not crimes, and also for alleged acts that he claims Trump committed before becoming president, rejecting key limits that the Framers of the Constitution placed on Congress’s impeachment power. Source link