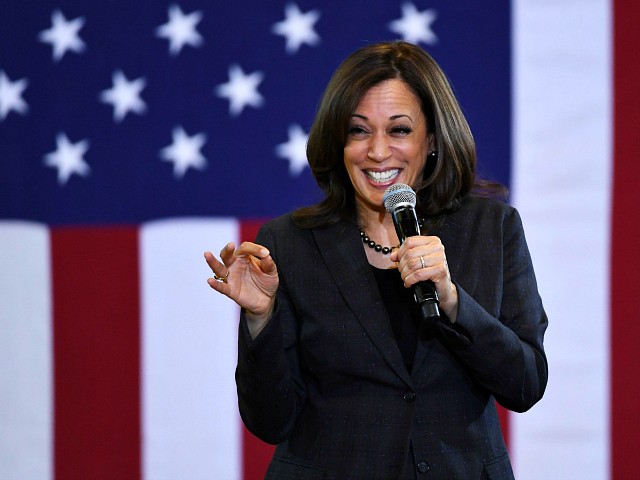 During her CNN town hall, Democrat presidential hopeful Kamala Harris (D-CA) said it is “fine” if you want to go hunting, but more gun control is needed for the nation as a whole.

She made it clear that she was determined to implement more gun controls and made it clear she would do it with or without Congressional support if she is elected to the presidency.

Harris stipulated that she would first give them 100 days to act, and if they failed to pass new laws, she would do it unilaterally.

During the Monday CNN town hall in Manchester, New Hampshire, she said, “You know what, if you want to go hunting that’s fine, but we need reasonable gun safety in this country starting with universal background checks and a renewal of the assault weapons ban.”

She noted that Congress has not done either of these things, and she pledged to give them 100 days to act if she is elected president. In the event that they do not pass gun control, she said she will “take executive action.”

Harris then listed the specifics of what she would do via executive powers:

Sen. Kamala Harris says if she is elected President, she will give Congress 100 days “to get their act together and have the courage to pass reasonable gun safety laws, and if they fail to do it, then I will take executive action” https://t.co/KFdn5Viqm1 #HarrisTownHall pic.twitter.com/Ds8DxObhAY

It should be noted that none of the controls Harris wants to put into place via executive action would have stopped a single mass shooting in recent memory.

Moreover, her favorite gun control — universal background checks — has been in place in California since the early 1990s and did not prevent any of the high-profile shootings that state has witnessed during the last two decades.

AWR Hawkins is an award-winning Second Amendment columnist for Breitbart News and the writer/curator of Down Range with AWR Hawkins, a weekly newsletter focused on all things Second Amendment, also for Breitbart News. He is the political analyst for Armed American Radio. Follow him on Twitter: @AWRHawkins. Reach him directly at awrhawkins@breitbart.com. Sign up to get Down Range at breitbart.com/downrange.

Share This Post
Like it? Vote it up!
00
Previous ArticleSanders: Convicts Including Boston Bomber Should Be Allowed to Vote from PrisonNext ArticleHey Pete, I proofread your donations page. Please make corrections and re-post. In the future please speak for yourself.
You May Also Like
Weakness of Dem Field Opens the Race to New (or Old) Faces
October 20, 2019
Parkland Dad: How District Enabled Deranged Shooter
September 10, 2019

Send Kids Back This Fall, No Matter What
February 8, 2021
NYT: Republican 2020 message is “if you’re a Democrat, you’re either a socialist, a baby killer or an anti-Semite”
February 19, 2019
Russian Jet Buzzes US Navy Spy Plane Over Black Sea
November 28, 2017

Hey Pete, I proofread your donations page. Please make corrections and re-post. In the future please speak for yourself.

Sanders: Convicts Including Boston Bomber Should Be Allowed to Vote from Prison

Monday during a CNN town hall event from New Hampshire, Sen. Bernie Sanders (I-VT), a candidate for the 2020 Democratic presidential nomination was asked about giving convicted felons the ability to vote. Among those the questioner included was the Boston Source link Veterans In Defense Of Liberty - Vidol