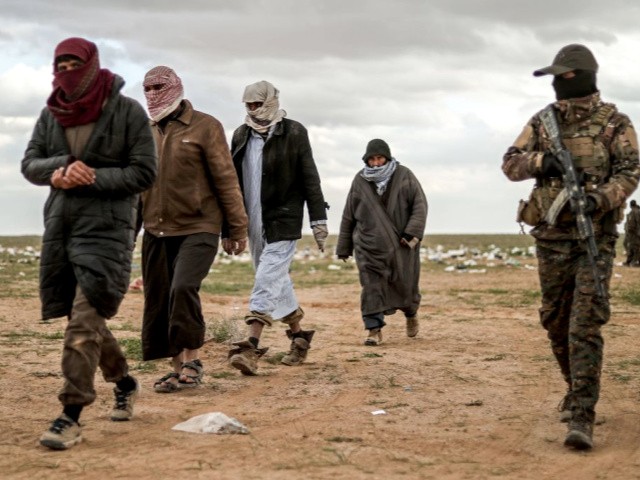 The Islamic State (ISIS) has mocked claims by U.S. military officials that the organization is on the brink of total collapse, while also calling on its followers to act in retaliation for the massacre at a mosque in New Zealand that took place last weekend.

In a 44-minute audio recording obtained by the New York Times, ISIS spokesperson Abu Hassan al-Muhajir portrays the shootings as an extension of the U.S-led campaign against the caliphate and mocks White House claims of victory over the organization.

“The scenes of the massacres in the two mosques should wake up those who were fooled, and should incite the supporters of the caliphate to avenge their religion,” he said.

Last Friday, at least 50 people were murdered in a mosque in Christchurch, New Zealand, by white supremacist gunman Brenton Tarrant, who outlined his fear that the white race would eventually disappear as a result of mass immigration from primarily Islamic nations.

Throughout the recording, al-Muhajir reportedly “belittled the White House’s claim of victory over the terrorist organization, calling it a “state of confusion and contradiction that makes it impossible for any observer to know what is meant by the word victory.”

The message is reportedly the first of its kind for over six months, with the group having lost the majority of its territory in both Iraq and Syria, as with the U.S.-led coalition claiming that the organization is just days from being fully defeated from its last stronghold in eastern Syria.

New York Times reporter Rukmini Callimachi, who broke the story, told the Morning Report that the recording she obtained was authentic, explaining that it is a “big deal” when al-Muhajir releases a statement such as this.

“This is an authentic statement, there’s never been a case of an audio recording released by [of] a fake recording of an ISIS member,” she said. “What concerns me is that Isis is not the only jihadist group that is calling for retaliatory attacks in [relation] to what happened in Christchurch. So far almost every major jihadist group has called for that.”

Share This Post
Like it? Vote it up!
00
Previous ArticleIs This a Joke? CNN Wins Walter Cronkite Award for Excellence in Television Political Journalism For Parkland Shooting Town HallNext ArticleIs it tokenism….
You May Also Like
Six Cartel Gunmen Killed in Fight with Mexican Military near Texas Border
March 10, 2019
“BDS is a bulls*** purity test by people who want to appear woke but actually slept through history class”
August 18, 2019
The Democrats' Looming Self-Destruction
May 16, 2019
Target Raises Wages as CEOs Compete in ‘Hire American’ Economy
April 5, 2019
5 Countries Where Muslim Brotherhood Operates to Establish Global Caliphate
May 2, 2019

The Fight Over California’s Homeless
October 8, 2019

Is This a Joke? CNN Wins Walter Cronkite Award for Excellence in Television Political Journalism For Parkland Shooting Town Hall

“Cronkite Award Winners prove facts matter,” reads the official release. I suppose I shouldn’t be surprised that one of the most juvenile and narcissistic professions continues its rapid descent into complete parody, but here I am. Tuesday, winners of the Cronkite awards were announced and you would know that CNN won