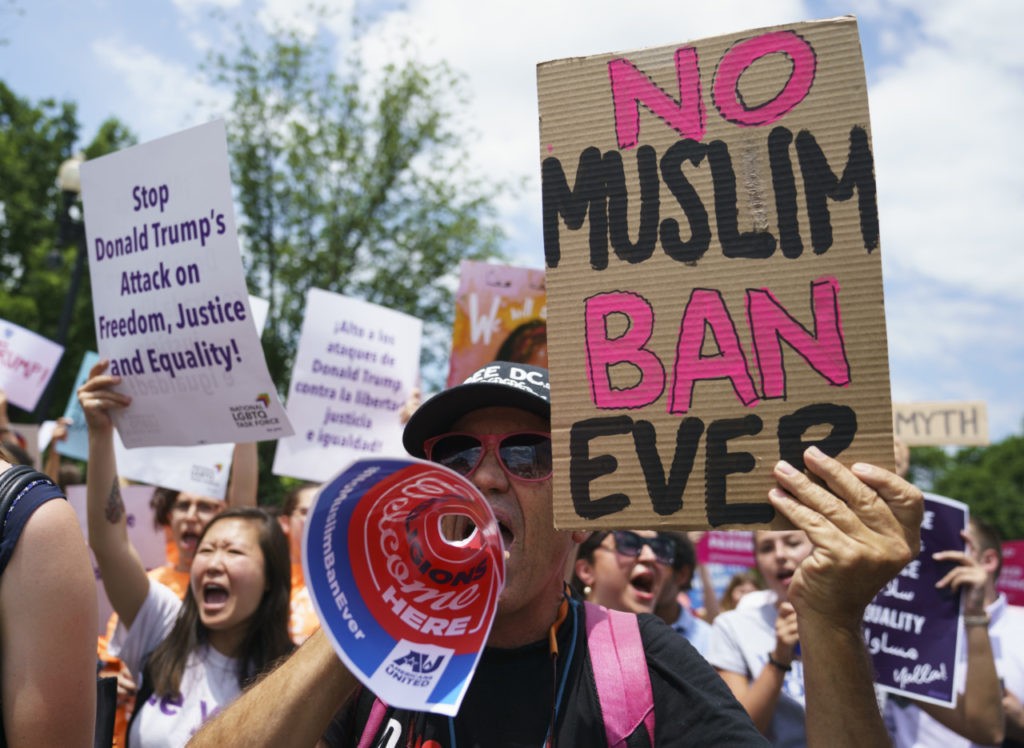 A coalition that organizers say represents almost 400 “civil rights, faith, national security, and community organizations” is holding a press conference on Wednesday to announce support for the National Origin-Based Antidiscrimination for Nonimmigrants Act, or the NO BAN Act.

“The organizations sent a joint letter to Congress endorsing the bill ahead of its bicameral introduction on Wednesday, April 10, 2019, by Sen. Chris Coons (D-DE) and Rep. Judy Chu (D-CA),” a press release announcing the bill and the press conference said.

“The organizations endorsing the legislation include leading civil rights groups like the NAACP, UnidosUS and Human Rights Campaign; faith denominations like the United Methodist Church, the Presbyterian Church, and the Union for Reform Judaism; and impacted American Muslim communities,” the press release said.

“We urge you to support this important legislation because your leadership on this issue is critical to ensuring that Congress sends a strong message to the American people that how someone prays should not dictate whether the government can ban them from coming to the United States,” the letter said. “Families should not be separated simply based on their faith. These are our shared values. It is time for Congress to act to overturn the Muslim Ban and stand against religious discrimination.”

Share This Post
Like it? Vote it up!
00
Previous ArticleIsraeli Election: With 97% Counted, Benjamin Netanyahu Has 'Easy Path' to Historic Fifth TermNext ArticleAfter Yet Another Win, What's Next for Netanyahu?
You May Also Like
Dem Rep. Thompson: Dems 'Risk Losing the Majority' if They Don't Bring Impeachment Proceedings
June 3, 2019
Stacey Abrams Is Playing the Long Game
August 17, 2019

After Yet Another Win, What's Next for Netanyahu?

Benjamin Netanyahu has done it again, discreditably but indubitably. If Tuesday's Israeli election was a referendum on his character as... Source link Veterans In Defense Of Liberty - Vidol