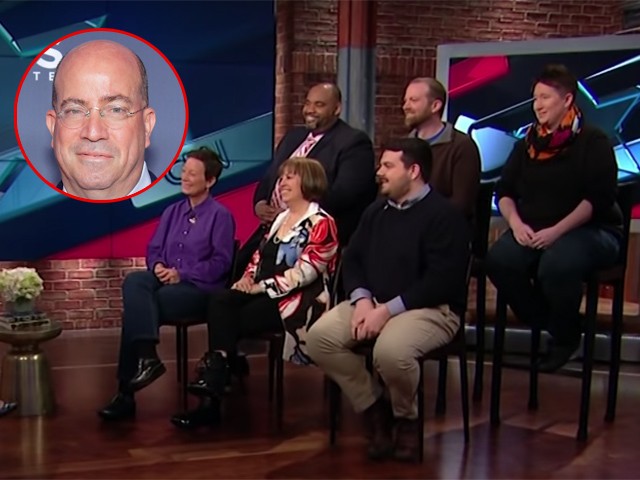 CNN aired two panels this week, purporting to show the thoughts of “Democratic voters” throughout the country. However, a Breitbart News investigation indicates that three of the panel members also have a past of political activism far beyond your average voter.

In on air segments that made the rounds online this week, the panel, introduced alternatively as “Hillary Clinton voters” or as “Democratic voters,” expressed their opinions about the current state of the Democratic Party.

One moment that CNN highlighted was that the group flatly rejected Joe Biden as a 2020 candidate.

Alisyn Camerota asked a panel of six Democrats, “How many of you would like to see Joe Biden get in? Show of hands.”

No one raised their hands.

In another segment, the group heaped praise on Rep. Alexandria Ocasio-Cortez (D-NY).

One panel member, Michael Milisits, said that it was time for Democrats to “think outside the box” and not nominate a centrist candidate.

Milisits also praised Ocasio-Cortez for making the Democratic Party “nervous” and said that she represents the “new guard.”

Unbeknownst to the viewers of this clip, Milisits is not just a “voter,” but is himself a politician. He ran for Congress in the Democratic primary in Ohio as a strong Bernie Sanders supporter.

Milisits was profiled in an article published by the Dayton Daily News in January 2018 titled, “Local Democratic candidate for Congress says Bernie Sanders inspired him.”

Self-identified as a progressive populist, Milisits says he’s firmly in the “Bernie camp,” a reference to U.S. Sen. Bernie Sanders, I-Vt., who ran in the 2016 Democratic presidential primary. He had reservations about Hillary Clinton, the Democratic nominee, but said he voted for her nonetheless.

Two other panel members, Mary Reaman and Christian Tamte, are also political activists. Both worked as organizers for the 2017 Women’s March in Washington, D.C.

Reaman organized a busload of people to go to the 2017 Women’s March, according to the Dayton Daily News.

“My hope is that we are starting to generate a generation of women activists,” said Reaman, who organized a busload of mostly women to go to the march.

She was also featured in a video at the time:

She also identified herself with the #Resistance movement.

Christian Tamte, who was also on the CNN panel, was another organizer for the Women’s March, directing buses of people to the Washington rally in 2017, and even starting a business meant to help activists travel to events.

On Saturday, Jan. 21, one day after the presidential inauguration, approximately 200,000 people are expected to descend on the nation’s capital for the “Women’s March on Washington.” The grassroots effort, organized to defend women’s rights and stand in solidarity with other marginalized communities, has inspired women worldwide, including Columbus resident Christian Tamte. She will take over 100 people to the march via two buses.

“This isn’t just a bus ride,” Tamte said in a mid-January interview at a German Village coffee shop. “This is a mobile conference. This is a mobile think tank. This is something that is going to empower and educate and make [people] better advocates.”

“Rolling into Washington” is a launching pad for Tamte’s new company, RISE Travel, which she described as “advocacy and education in action.” Tamte’s goal is to offer transportation, lodging and workshops for people attending marches and rallies around the country. The company will also host local events; there are already plans in the works for an International Women’s Day celebration in March.

This is not to allege bad faith on the part of the panel members. However, CNN airing this panel and labelling the participants, several of whom are political activists, “Democratic voters” as if they were representative of everyday voters is far from honest journalism.

Indeed, as Breitbart News’s John Nolte wrote Tuesday, the panel members’ opinions, specifically their thoughts on Joe Biden, are not at all representative of the thoughts of Democrat voters in general.

As of right now, former Vice President Joe Biden is not only leading the field for the 2020 Democrat presidential nomination by ten points, he is earning an average of 29 percent support in a field of 12.

In other words, nearly one in three Democrat primary voters support Biden.

Nonetheless, despite Biden’s steady level of support, the far-left CNN put together a focus group where not one person in the group supported Biden.

This phony focus group consisted of exactly six people who were dragged out of bed to appear on CNN’s failing morning show — and I use the word “phony” with confidence because a focus group is supposed to represent a cross-section of people, and if CNN had been at all interested in presenting a cross-section using six measly people, at least two (according to the polls) would have expressed support for Biden.

This isn’t the first time one of CNN’s panels has been criticized for not disclosing the ties of its participants.

Many news outlets, including Breitbart News, wrote about it at the time, but it turns out that CNN was also dishonest about that panel.

As The Wrap reported at the time, CNN was criticized for its presentation of the panel, as multiple women on the panel were not everyday Republican voters, but had political ties to the Republican Party in Florida, with one of the women previously running for a Congressional seat in the GOP primary.

1. CNN’s framing of this segment was really irresponsible. This purported to be a focus group that would show what “Republican women” think of Kavanagh now. So each woman is identified as a “Republican voter.” https://t.co/sV5eFUWTRL

3. The woman in the white sweater, Lourdes Castillo de la Pena, has served on the Republican National Senatorial Committee, and hosted a $1000-a-plate fundraiser for Ted Cruz’s presidential campaign at her home.

5. Angela Vazquez is a Community Council member in Kendall, in Dade County. In other words, these were not GOP voters plucked off the street. They were, in large part, members of the GOP establishment in Miami-Dade.

Several audience members who asked Sanders questions were introduced with descriptions that did not reflect their level of involvement either professionally or politically with institutions that may have a bias against Sanders. Two audience members worked for the Democratic Party in some capacity.

— Abena McAllister was labeled “an active Democrat,” which is far less descriptive than the Charles County Democratic Central Committee’s description of her as their Chair.

Sanders, as an independent, has raised the ire of some Democratic Party establishment members, especially after running hard against Hillary Clinton in 2016.

Share This Post
Like it? Vote it up!
00
Previous ArticleTrump's False Interpretation of What's Happening at CollegesNext ArticleI Was Assaulted at Berkeley Because I'm Conservative
You May Also Like
President Trump Announces Release of Hostage Danny Burch from Yemen
February 25, 2019

I Was Assaulted at Berkeley Because I'm Conservative

Hayden Williams, USA TodayThe punch I took on campus was not an isolated incident. Leftists are targeting conservative students across the country for their political beliefs. Source link