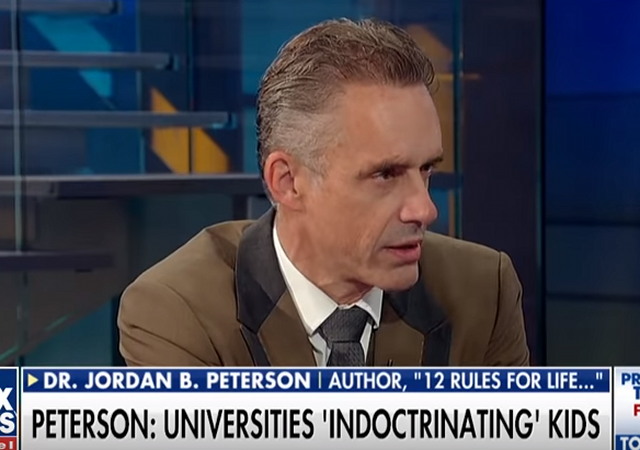 Opposing viewpoints should never be squashed by political correctness, the heckler’s veto, or the delicate feelings of offended students.

The suppression of free speech on campus is not just an American problem. This week, Cambridge University, one of the world’s oldest and greatest, showed it is just as feckless as Yale, Berkeley, and Middlebury. Cambridge decided to cancel an invited speech by Jordan Peterson, a prominent psychology professor at the University of Toronto. Portland State couldn’t have done it better.

Millions have watched Peterson’s talks on YouTube and know he is serious, thoughtful, and brutally honest. The only threat he poses to students is voicing unpopular views. That, ironically, is why Cambridge won’t let him speak. His crime is disparaging political correctness, virtue signaling, and the herd mentality that punishes discordant opinions. He compounds the crime by not apologizing.

In cancelling Peterson’s talk, Cambridge is failing in one of its primary educational duties: upholding free discourse and open debate. That is a core value of higher education, and it is imperiled across the West. Either universities don’t understand their mission, or they are bowing to political pressure. Neither is acceptable.

Cambridge, like all universities that suppress speech, smothered its illiberal position with gobs of moral virtuosity. Our university “is an inclusive environment and we expect all our staff and visitors to uphold our principles. There is no place here for anyone who cannot.” Nor is there any place, it seems, for cognitive diversity. That kind of diversity doesn’t count.

The Cambridge Student Union enthusiastically endorsed the cancellation. “His work and views are not representative of the student body,” they said, “but one that works in opposition to the principles of the University.”

Those views are the funeral oration for free and open inquiry. “Inclusiveness” is a fine value, but it should never prevent free speech. The best answer to “bad speech” is almost always “more speech.” Ask tough questions. Offer an intelligent rebuttal. Schedule your own speech. Organize a protest rally (outside the lecture hall, not inside). Ask Peterson or someone who shares his views to debate. But do not shout down his speech or prohibit it by fiat. It does not matter if his views are “not representative of the student body.” That’s actually a good reason for inviting him. Who knows, you might change your mind or sharpen your arguments.

Opposing viewpoints should never be squashed by political correctness, the heckler’s veto, or the delicate feelings of offended students. Any university administrator who does not understand that is unqualified to hold the post. Replace him.

Of course, not all speech deserves protection. But the restrictions should be narrow. Fortunately, we don’t have to devise them from scratch. They are all are encoded in America’s extensive jurisprudence on the First Amendment. Although the United Kingdom has different speech laws, American restrictions are a sensible guide to the limits. Your speech is not protected, for example, if it directly threatens someone. You cannot use a bullhorn outside a dormitory at 2 a.m. These are known as “time, place, and manner” restrictions. The courts say they must be narrowly drawn and content-neutral. Aside from those limits, free speech should reign, whether the site is Cambridge, England, or Cambridge, Massachusetts (where the same problems abound).

Nowhere is free speech more important than at universities, where debating different viewpoints is integral to teaching and research. Unpopular views should be confronted by alternative arguments, not shouted down or simply banned. John Stuart Mill offers the best explanation. He was not a Cambridge man (he studied at University College, London) but his short book, “On Liberty” (1859), is still the wisest defense of free speech and its importance in a free society. Cambridge students and administrators might find it worth a glance.

University administrators should be leaders in protecting such speech, not suppressing it. They have two other, equally important duties. They need to teach those principles to incoming students and ensure the principles are upheld on campus.

What should Cambridge do now?

Let the debates begin. They are essential to a flourishing free society.

––––––––––––––––––––
Charles Lipson is the Peter B. Ritzma Professor of Political Science Emeritus at the University of Chicago, where he is founding director of PIPES, the Program on International Politics, Economics, and Security. He can be reached at charles.lipson@gmail.com

On Chicago's West Side, the Street Shows No Fear of Police

I'd hate it when some old-time police sergeant, usually an old white guy but sometimes black, would stand, hand on hip and sigh. Source link