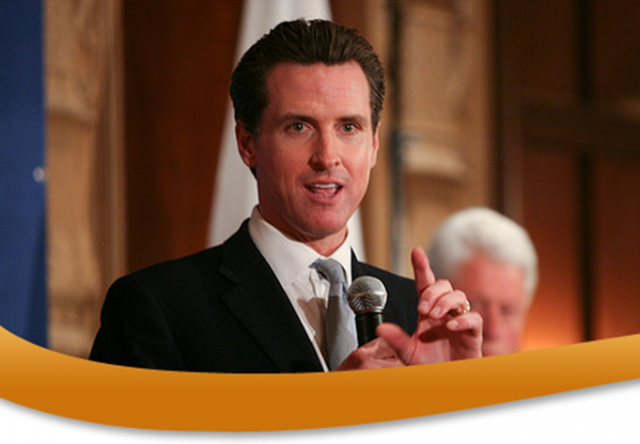 The order gives a reprieve for the 737 people on death row, including several real monsters.

California Governor Gavin Newsom took his pen in hand this week, and signed an order putting an executive moratorium on the death penalty in the state.

The action suspends any further executions in California as long as Newsom is governor. But only California voters can repeal the death penalty, something they rejected narrowly three years ago.

Newsom also ordered the immediate closure of the state’s execution chamber at San Quentin State Prison. The order does not otherwise change any existing convictions or sentences — and will not lead to any death row inmates being released.

“Our death penalty system has been — by any measure — a failure,” Newsom said in a written statement. “It has provided no public safety benefit or value as a deterrent. It has wasted billions of taxpayer dollars. But most of all, the death penalty is absolute, irreversible and irreparable in the event of a human error.”

The order gives a reprieve to the 737 people on death row, including several real monsters.

Here are some of the criminals that get to live their lives for a little bit longer – without fear of execution – following Newsom’s decision:

SCOTT PETERSON: The disappearance of Scott’s 27-year old wife, Laci Peterson — who was 8 months pregnant – gripped the nation in the early 2000s yet ended in tragedy after her body was found dumped in San Francisco Bay. Peterson, in a nationally televised case, was found guilty of her and their unborn son’s murder and was exposed to be living a double life, also having an affair with a massage therapist.

LAWRENCE BITTAKER: Dubbed by the media as the “Tool Box Killer”, Bittaker was one half of a sadistic duo convicted of raping and killing five teen girls in 1979 after torturing them with household items such as pliers and screwdrivers. Four of his five victims were under the age of 17, and Bittaker has been living his life on death row for more than double the number of years they were alive….

RANDY KRAFT: Kraft, who came to be known as the “Scorecard Killer,” murdered at least 16 young men over a period of 11 years beginning in 1972. He is also believed to have committed the rape and murder of up to 51 other boys and young men, with many victims who had previously been enlisted in the U.S. Marine Corps.

Not surprisingly, the move is not entirely popular with the Californians who voted to retain the death death penalty in 2016.

Scheidegger’s organization was the main backer of Proposition 66, a statewide ballot measure that voters approved in 2016 to fast-track executions in California, potentially speeding up executions. During that same election, voters rejected a separate ballot measure — Proposition 62 — to abolish the death penalty, marking the second time since 2012 that Californians voted against repealing capital punishment.

Scheidegger said families of murder victims could challenge Newsom in court, but he was not sure if the result would be worth the effort. The state constitution gives the governor wide latitude to issue reprieves, he said.

@GavinNewsom how can you stay on as Governor? Your job is to do the will@of the people. People voted for the death penalty and you say too bad. Please step down for someone that cares about what the people want. #publicservant not #publicdictator

This is an Issue for the Voters Not the Government alone. The People of this State has Voted For the Death Penalty. You should be Impeached by the People for creating an Authoritarian Government that Discredits what the Voters put into Law. This is NOT an State of Emergency!

Given that California’s political leaders embrace #Resistance, ignoring the will of the voters is part of the package. However, the hypocrisy associated with Newsom’s act has not gone unnoticed.

Does anyone else find it a bit hypocritical that the Dems are all-in on infanticide while a prominent CA Democrat Governor refuses to enforce the death penalty in his state?